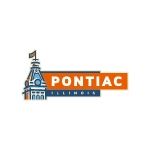 Winter weather poses many challenges for the Street Department. It is our goal to make roadways passable and as safe as possible during a winter storm. By its nature, winter weather causes unsafe road conditions. We can reduce, but not totally eliminate those conditions.

Winter weather can take on many forms ranging from sleet and freezing rain to heavy snowfall. How we handle a winter storm can vary due to the conditions that are present at the time. Weather conditions including temperature pre and post storm, wind, amount of snow, ice, ground temperature, and storm duration have an impact on how a storm is dealt with.

How We Fight a Storm

Salting and Salt Routes - Less than 2 Inches of Snow

Plowing and Snow Routes - 2 or More inches of Snow

Plowing does not take place until 2” of snow has fallen on the roadways.

Snow Route streets are main arterial streets and are given priority when plowing. (See Salt and Snow Map above)

Parking on Snow Routes: The snow route automatically takes effect after two inches of snow. Parking is restricted on streets designated a snow route until the storm passes and snow is plowed to the curb. Pontiac Police will work with the Street Department to ensure vehicles are removed from the snow route.

Parking on Side Streets: There are currently no restrictions for parking on side streets during a snow storm. However, residents are encouraged to remove vehicles from the roadway if possible. This allows plows to completely remove snow from the roadway.

School Zones: On school days, priority will be given to the streets around schools in order to maintain traffic flow.

On posted snow routes, on-street parking is prohibited after two inches of snowfall until removal. Trucks remain on these routes for the majority of a storm. In the event of heavy snowfall, trucks will make an initial pass down side streets and return to plow to the curb after snow fall has subsided.

When a storm subsides, plows begin working in residential neighborhoods. During heavy snowfall initial passes are made during the storm. Snow is plowed to the curb line. Alleys are considered a secondary priority and are generally only plowed upon request. It may be up to two days past a storm before alleys are plowed.